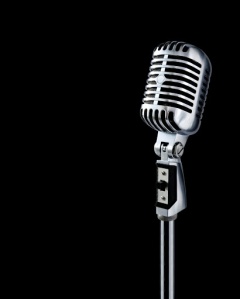 If you’ve known me long at all, you know that I LOVE country music. It’s just one of those things that won’t leave me alone. As hard as I try to throw my love for the music out of the window, it always flies back in. (If you’re like most people, you’re wondering why I even try to get rid of it in the first place. That, my friend, will be outlined at a later date, for it’s complex situation, and right now, I’m on a different wave length.) My purpose in mentioning this is so that you know when my mom asked me if I wanted to go see Dolly Parton in concert a couple of weeks ago, I jumped ecstatically at the opportunity.The show was incredible. Besides the fact that I spilt red liquid on my newly bought, and rather expensive, Dolly shirt, I couldn’t have asked for a better concert experience. Dolly is something else. Although her show is quite simple, containing well-written songs, many stories, and very few visuals, she puts on a great one. Her personality, stunning voice, ability to speak to the people in the crowd as though they were her friends, and her heart light up the stage in a very unique way that, if I had to be honest, I’d say only should can do. In other words, I left the show quite amazed at the gift God had given her.

That night, as I laid in bed reflecting on the whole experience, I pulled out my journal to document my thoughts. Here’s what I wrote: “I can’t help but sit in amazement at the raw talent the Lord gave Dolly Parton. To be honest, I feel a little jealous. Why couldn’t God have given me that much talent?”

When I woke up the next morning with the concert still fresh on my mind, I processed a bit more. It’s pretty incredible that some people end up being rich and famous, while others end up being ‘average’ citizens, or even people desperate for food. And all of these people end up where they are for the same reason. (See Ephesians 1:11&12 which reads, “In Him we were also chosen, having been predestined according the the plan of him who works out everything in conformity with the purpose of his will, in order that we, who were the first to put our home in Christ, might be for the praise of his glory.”)

First off, I can never know the story behind the scenes just by looking at a face. Sure, having the talent and ability of Dolly seems appealing, and her life that comes from it seems fun, but I don’t know the internal struggles she faces every day. It’s funny and sad at the same time to think about how life can appear great to others, but when the end of the world happens, the fame gained and the money made could all end in worthlessness. (Back to this thought later.)

Secondly, and most importantly, God does as He wills.

Proverbs 19:21 reads, “Many are the plans in a man’s heart, but it’s the Lord’s purpose that prevails.”

Psalm 94:11 reads, “The LORD knows all human plans; he knows that they are futile.”

God is over all. Whether you believe it or not, He is. He created the heavens and earth. He created my heart as he did yours. When God created the tree in the garden, he knew Eve was going to eat of it, and then tell her husband to do the same. Nothing is hidden from God. Nothing is beyond his control. If He wants something to be and He knows that thing will bring Him more glory than it was bringing Him in the original state, will He not change it? I believe we ought to work hard. I believe working hard is what the Lord calls us to do. (Check out Proverbs 14:23, Proverbs 21:25, Ecclesiastes 9:10, and Colossians 3:23.) I just don’t think the ultimate outcome is up to us.

I can strive, I can labor, I can achieve. I can grit my teeth and grip my knuckles, but if God doesn’t want to bring my plans into fruition, if it isn’t part of his purpose, He won’t do it. I don’t have that much control.

You see, we’re all builders. Each life is a building. I know this sounds crazy, but just hang with me for a bit.

First Corinthians 3:10-15 reads, “By the grace God has given me, I laid a foundation as a wise builder, and someone is building on it. But each one should build with care. For no one can lay any foundation other than the one already laid, which is Jesus Christ. If anyone builds on this foundation using gold, silver, costly stones, wood, hay or straw, their work will be shown for what it is, because the Day will bring it to light. It will be revealed with fire, and the fire will test the quality of each person’s work. If what has been built survives, the builder will receive a reward. If it is burned up, the builder will suffer loss but yet will be saved – even though only as one escaping through the flames.”

Paul here is speaking of the church. He states that the church is build upon the foundation of Jesus Christ and he warns those of Corinth to be careful as to how they build upon it. Not everything in this life matters (“gold, silver, and costly stones”). He reminds them to build with things that are in line with Christ, for if not, in the end, their efforts will prove to be only dust.

I can build for my fame, but in the end it won’t matter unless that’s the way the Lord wanted to glorify himself through my life. I must build on the church of Christ with Christ-influenced and Christ-led materials. Quality over quantity.

J.P., the Single Adults Pastor at Watermark, once used the analogy of Michelangelo carving out his famous statue of David. When Michelangelo was asked how he knew which pieces to hack off and which ones to keep on the monument, he simply stated, “I just chipped away that which did not look like David.” J.P. drew it all back in by saying that this in our lives that don’t look Christ.

Right now, I’m building. So are you. I’m a member of Christ’s body, so I know that I’m building upon the proper foundation (that is, Christ). All the same, I’m building. Each activity I’m in, each relationship I influence, every conversation I have, and each thing I do are all materials I’m building with. The question is this: Are all of these materials in line with the heart of God, since that’s what truly lasts? Are these materials ‘gold and precious stones’ or ‘hay and stray’? Am I being cautious with how I build and invest?

Dolly is one special woman. She speaks of Jesus often, but I don’t know where her heart is. I may never be famous, in fact, I doubt I ever will be. Dolly is though. Again, Dolly is famous and I am not. So, Dolly must build on the foundation of Christ as a famous person and I must build on the foundation of Christ as a not-famous person. In the end, the fame and the fortune won’t matter one bit. What will matter in her life and what will matter in mine is the same. We both get one life, and, in that life, God’s glory is what matters. It’s what we both were made for.

“So you better get to living” (Dolly Parton). Good reminder.